The race to build quantum computers is fueled by potential applications in many fields, including cryptography, financial services, and modeling of weather, transportation, and other complex systems. But as EPiQC postdoctoral researcher Gokul Subramanian Ravi writes with UChicago CS Professor Fred Chong in ACM-SIGARCH, the original inspiration for this technology came from chemistry, where famed physicist Richard Feynman speculated that quantum computers could solve the challenge simulating quantum phenomena at the molecular level. 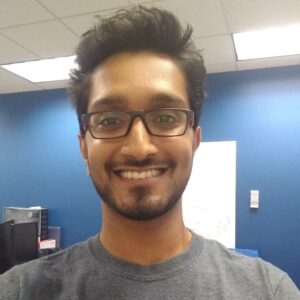 In the editorial, Ravi writes about the current potential of near-term quantum computers and variational quantum algorithms for applications in molecular chemistry and drug discovery.

Fast-forward 40 years and quantum computers are a reality today (albeit with many hurdles to surmount) and we are poised towards a potential paradigm shift in quantum chemical simulation. Quantum computing could potentially deliver efficient and highly accurate solutions to many classically intractable problems, such as finding the potential energy of molecules, i.e., the energy required to break a molecule into its sub-atomic components, at various bond lengths (shown for H2 in the Figure). This is then used to estimate chemical reaction rates, which are integral to accelerating effective drug discovery, apart from other vital applications in material science, chemical engineering, and nuclear physics.

Read the full article at the ACM-SIGARCH website. Ravi is a CRA Computing Innovation Fellow mentored by Chong at EPiQC, the NSF Expedition for Enabling Practical-Scale Quantum Computing.