Four new full-time faculty will join the University of Chicago Department of Computer Science in 2022 and 2023, expanding departmental strengths in core research areas such as AI & Machine Learning, Visual Computing, Security & Privacy, and Theory as well as applications in natural language processing, the economics of data, and experiential data science education. The new arrivals are the latest of 32 new full-time faculty hired by UChicago CS since 2017, the start of an expansion of computer and data science research and education at the university. 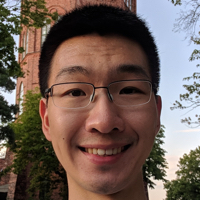 Ho studies computer security, with a particular interest in problems at the intersection of data and security. Currently, his work focuses on improving the security of organizations and enterprises along two dimensions: developing new algorithms, empirical insights, and systems to thwart attacks and understanding and alleviating the costs and burdens of deploying security measures. He received his Ph.D. from UC Berkeley, advised by David Wagner and Vern Paxson, and is currently a CSE Postdoctoral Fellow at UC San Diego, where I work with Geoff Voelker and Stefan Savage, and a Visiting Researcher at Corelight Labs. Ho will join UChicago CS in July 2023. 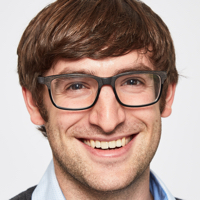 Kale creates and evaluates tools for helping people think with data, specializing in data visualization and reasoning with uncertainty. His work addresses gaps in dominant theories and models of what makes visualization effective for inferences and decision making. Kale earned his PhD at the University of Washington, has published and received awards at ACM CHI and IEEE VIS, and leads the Data Cognition Lab, focused on creating data visualization and analysis software that explicitly represents the user’s cognitive processes. 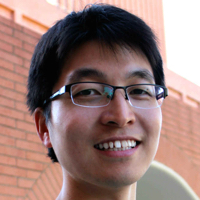 Xu directs the Strategic IntelliGence for Machine Agents (SIGMA) research lab, which focuses on designing algorithms/systems that can effectively elicit, process and exploit information, particularly in strategic environments. His research interests include the economics of data/information, including selling, acquiring, and exploiting information; machine learning in multi-agent setups under information asymmetry, incentive conflicts, and deception; and resource allocation in adversarial domains, with applications to security and privacy protection. Haifeng has published more than 55 publications at leading venues on computational economics, machine learning and theoretical computer science, and his research has been recognized by honors such as the Google Faculty Research Award and multiple best paper awards. 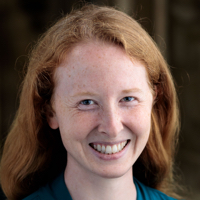 Ettinger joined the University of Chicago Department of Linguistics in 2019 and will begin a co-appointment in the Department of Computer Science in Autumn 2022. Her research is focused on language processing in humans and in artificial intelligence systems, motivated by a combination of scientific and engineering goals. In the engineering domain, her research uses insights and methods from cognitive science, linguistics, and neuroscience in order to analyze, evaluate, and improve natural language understanding capacities in artificial intelligence systems. For studying humans, her research uses computational models to test hypotheses about mechanisms underlying the brain’s processing of language in real time. In both of these threads of research, the primary focus is on processing and representation of linguistic meaning, and the relationship of such meaning-oriented processes with predictive processes. 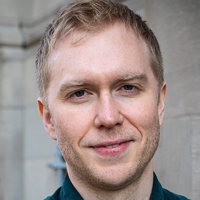 Aaron’s research develops methodology in Bayesian statistics, causal inference, and machine learning for applied problems in political science, economics, and genetics, among other fields. Prior to joining UChicago, Aaron was a postdoctoral fellow in the Data Science Institute at Columbia University. He received his PhD in Computer Science from UMass Amherst, as well as an MA in Linguistics and a BA in Political Science. 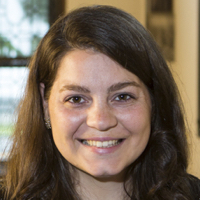 Amy Nussbaum holds a PhD in Statistical Sciences from Southern Methodist University, where she researched latent variables—those that cannot be measured directly, like happiness or stress. She studies the assessment of personality traits, and in addition to academia and research, she encourages understanding the use of statistics in government and industry. After graduation, she served as the inaugural Science Policy Fellow at the American Statistical Association, working to promote the practice and profession of statistics by advocating for evidence-based policy making and the federal statistical agencies, as well as the lead statistician for a medical device company developing a novel imager able to detect diseased human tissue using artificial intelligence. Most recently, she held the position of Visiting Lecturer of Statistics at Mount Holyoke College. 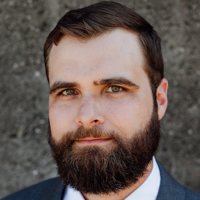 Nick Ross is an experienced data science executive with significant leadership experience in both industry and academic settings. Nick has successfully built and managed data science teams at companies ranging from small startups to multinational corporations, and he continues to advise organizations on all things data and engineering. Before joining The University of Chicago, he led the data science and backend engineering teams at an e-sports startup based in San Francisco. Academically, Nick was most recently an Assistant Professor of Data Science at The University of San Francisco (USF), where he was the Director of USF’s Data Science Practicum Program and oversaw industry outreach and partnerships for USF’s newly formed Data Institute. Nick is a proud product of the University of California system, receiving his undergraduate degree in Math from UC Berkeley, his Masters in Economics from UC Davis, and his Ph.D. from UCLA’s Anderson School of Management.