Software is everywhere, and almost everywhere, software is broken. Some bugs just crash your printer; others hand an identity thief your bank account number; still others let nation-states spy on dissidents and persecute minorities. 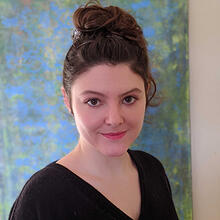 Fraser Brown is a PhD student at Stanford advised by Dawson Engler, occasional visiting student at UCSD with Deian Stefan, and NSF graduate research fellowship recipient. She works at the intersection of programming languages, systems, and security, and her research has been used by several companies. She holds an undergraduate degree in English from Stanford.