Join us for a fireside chat with James Phillips, President, Business Applications Group at Microsoft and Michael Franklin, Liew Family Chair of Computer Science. We’ll cover the future of augmented and mixed reality, data for enterprise, and the broader implications of these trends for startups, incumbents, and the future of work.

Part of the CDAC 2021 Data & Technology Outlook Series
Many of the data science and computational tools that revolutionized the modern business landscape resulted from close collaborations between industry and academia. Tomorrow’s innovations are under construction today in R&D departments and university laboratories, where researchers develop solutions to the most pressing data challenges across fields.

This winter, the Center for Data and Computing (CDAC) at the University of Chicago presents a series of critical conversations between industry leaders and researchers pushing the frontiers of data science forward, presenting and discussing new tools in artificial intelligence, data analysis and discovery, security and privacy, that will define the next decade of data technology in science and industry. The Outlook series will provide a balanced understanding of the trends reshaping business and tech with the goal of translating hype into realistic predictions.

Host: Center for Data and Computing 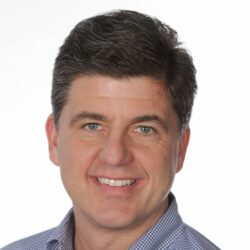 James Phillips is a Microsoft president and leader of the company’s Business Applications Group – a product development organization with 7,000 team members spanning the globe.

His teams build and operate Microsoft’s business applications and services; and the application, integration and intelligence platforms beneath them – collectively powering the digital transformation initiatives of some of the world’s largest organizations. His product portfolio includes the Dynamics 365 family, the Power Platform (Power BI, Power Apps Power Automate and Power Virtual Agents) and Microsoft’s AI and mixed reality business applications.

Phillips joined Microsoft in 2012 as a strategy advisor to Satya Nadella, then president of Microsoft’s Cloud and Enterprise division.

He holds a BS in Mathematics and earned his MBA, with honors, from the University of Chicago Booth School of Business. 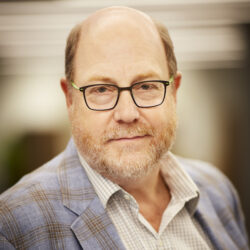 Michael J. Franklin is the inaugural holder of the Liew Family Chair of Computer Science. An authority on databases, data analytics, data management and distributed systems, he also serves as senior advisor to the provost on computation and data science.

Previously, Franklin was the Thomas M. Siebel Professor of Computer Science and chair of the Computer Science Division of the Department of Electrical Engineering and Computer Sciences at the University of California, Berkeley. There, he co-founded Berkeley’s Algorithms, Machines and People Laboratory (AMPLab), a leading academic big data analytics research center. The AMPLab won a National Science Foundation CISE “Expeditions in Computing” award, which was announced as part of the White House Big Data Research initiative in March 2012, and received support from over 30 industrial sponsors. AMPLab created industry-changing open source Big Data software including Apache Spark and BDAS, the Berkeley Data Analytics Stack. At Berkeley, he also served as an executive committee member for the Berkeley Institute for Data Science, a campus-wide initiative to advance data science environments.

An energetic entrepreneur in addition to his academic work, Franklin founded and became chief technology officer of Truviso, a data analytics company acquired by Cisco Systems. He serves on the technical advisory boards of various data-driven technology companies and organizations.

Franklin is a Fellow of the Association for Computing Machinery and a two-time recipient of the ACM SIGMOD (Special Interest Group on Management of Data) “Test of Time” award. His many other honors include the outstanding advisor award from Berkeley’s Computer Science Graduate Student Association. He received the Ph.D. in Computer Science from the University of Wisconsin in 1993, a Master of Software Engineering from the Wang Institute of Graduate Studies in 1986, and the B.S. in Computer and Information Science from the University of Massachusetts in 1983.