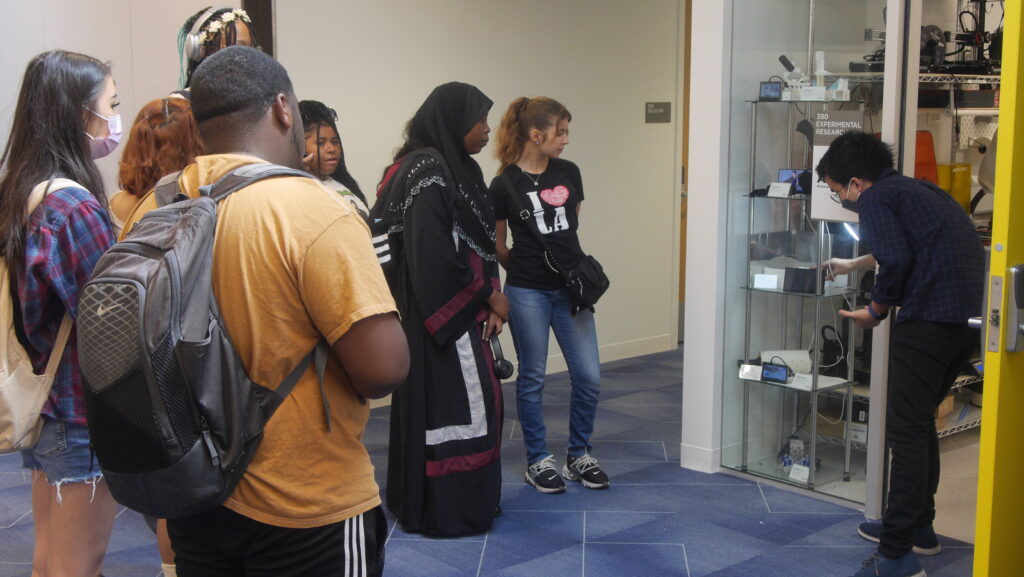 In late July, nearly one hundred Chicago Public high school students visited the John Crerar Library building and spent the morning exploring computing concepts. This visit was part of the larger departmental Broadening Participation in Computing (BPC) effort which strives for sustained engagement of these students, working with them for multiple years. The group included rising juniors and sophomores drawn from two college readiness and access programs, the Collegiate Scholars and the Office of Special Programs-College Prep, which are run by University of Chicago Office of Civic Engagement. 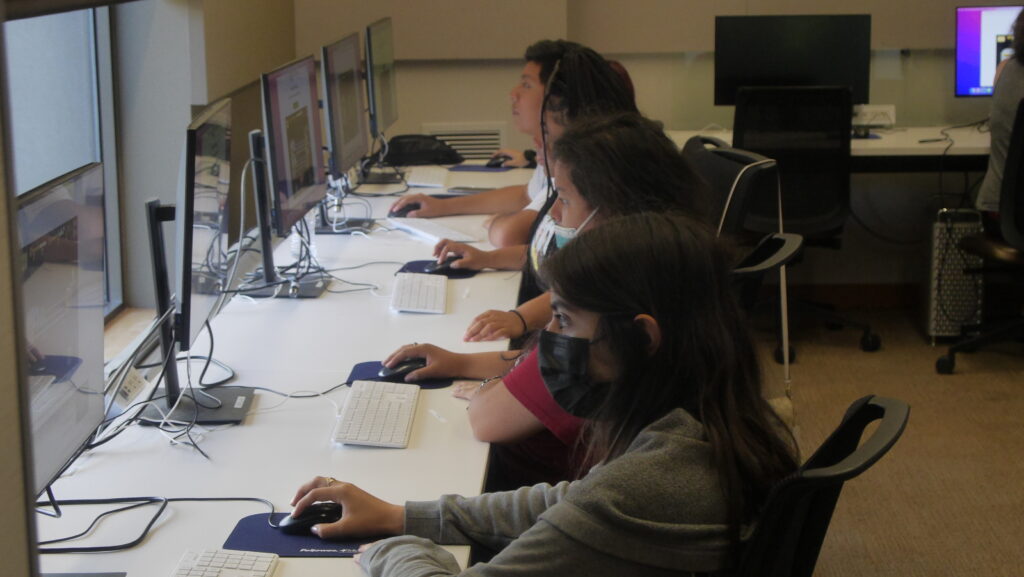 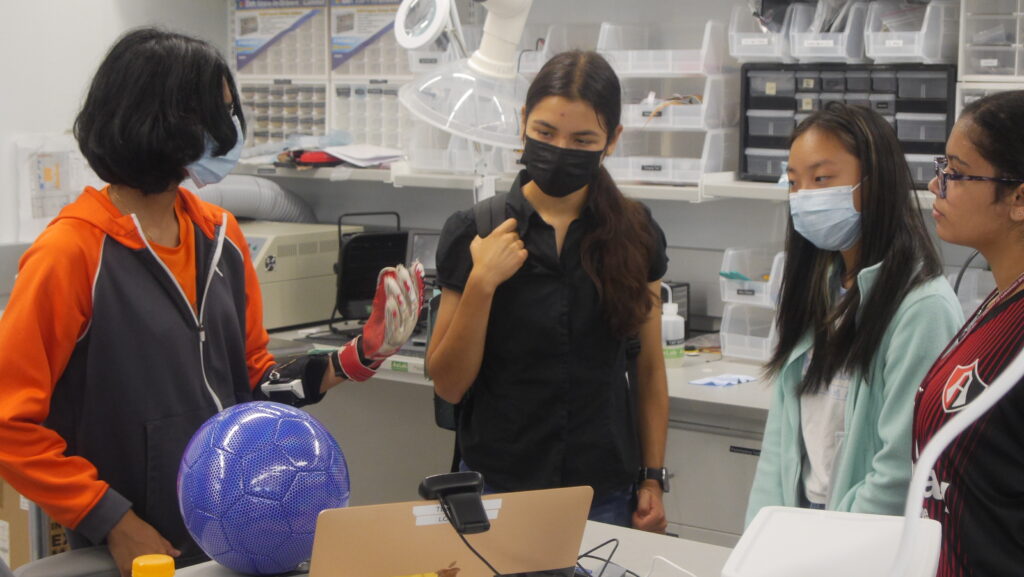 When not testing the Qaunder games the students interacted with a number of other departmental research groups. They had the opportunity to tour AxLab, the Actuated Experience lab, directed by Assistant Professor Ken Nakagaki. AxLab and DSI Summer Lab researchers demonstrated their tangible creations, including a “smart” gavel, a robot claw that plays catch, and an assistive soccer goalkeeper glove. During an informational session, students learned about Data Science Institute programs including Data4All and Summer Lab from fellow high-school student and Summer Lab participant Jaleel Drones-Akins. 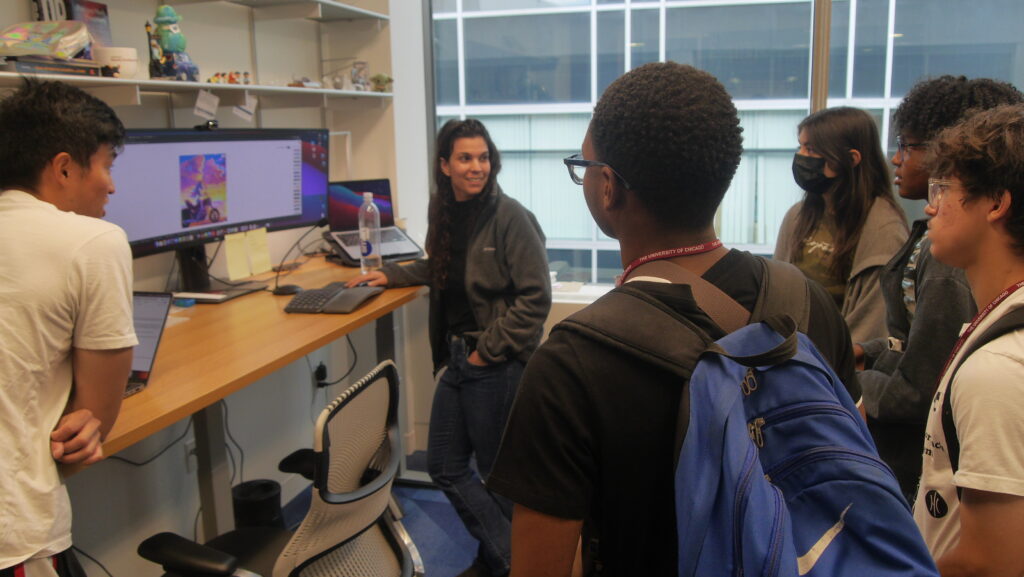 UChicago faculty also offered the students interactive computer graphics and cryptography activities. Assistant Professor Rana Hanocka demonstrated the DALL-E AI model that automatically generates images based on a text prompt, which produced student suggestions such as “a red dragon wearing sunglasses flying over New York City.” Associate Professor David Cash used code-breaking games to get the students thinking about the importance of cryptography for daily online activities such as email and shopping, as well as the need for new encryption standards which anticipate more powerful quantum computers. 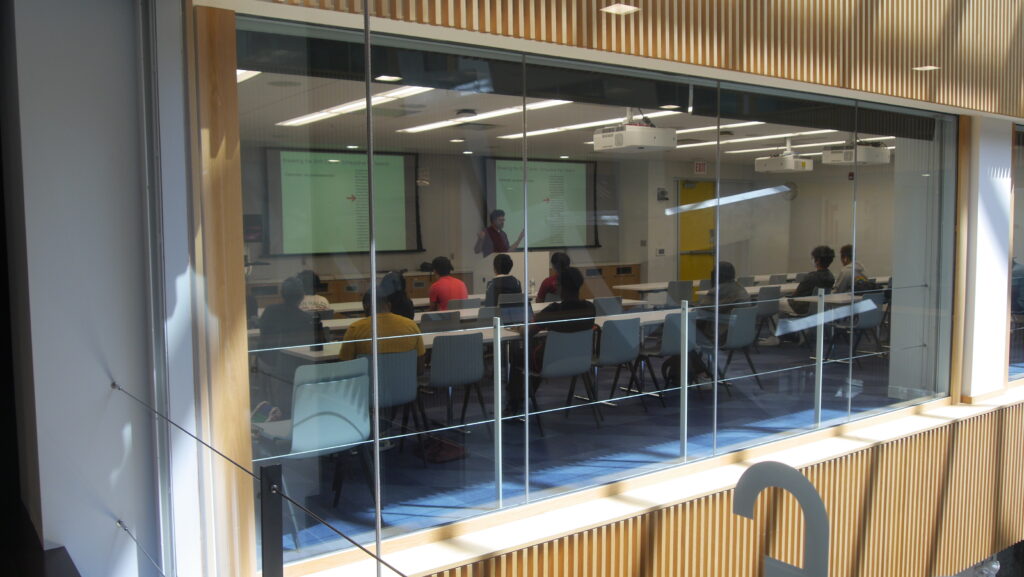 The event was part of UChicago Department of Computer Science Broadening Participation in Computing (BPC) effort led by Randall Landsberg, which strives to create an inclusive environment where students from all backgrounds can achieve their highest potential. It was a teaser for future ways that the high schoolers might connect with the department. The goal is to see many of them back in Crerar more often and for more in-depth experiences like the four courses and workshops offered this summer that forty of their peers attended.

These three-week offerings included a workshop on HCI, and classes on internet policy, AI, and hacking respectively taught by faculty members Marshini Chetty, Nick Feamster, and Blase Ur. These courses were supported by a grant from the Successful Pathways from School to Work initiative of the University of Chicago, funded by the Hymen Milgrom Supporting Organization.