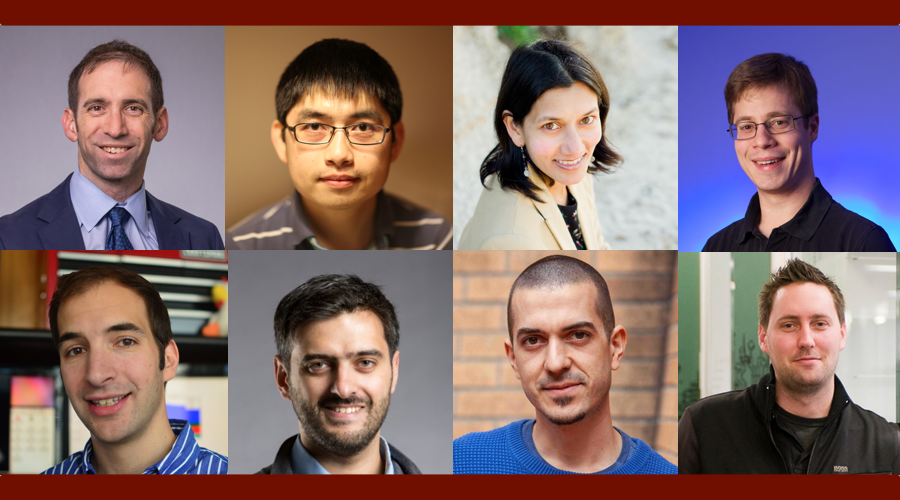 The Department of Computer Science is excited to welcome eight new faculty members who will join the University of Chicago this summer and fall. These new scholars come to UChicago CS from institutions such as Princeton, MIT, Caltech, and UC Berkeley, and bring expertise and experience in networking, privacy, human-computer interaction, machine learning, quantum computing, data discovery, research data management and many other topics. The new hires continue the rapid growth of the department and the expansion of computer science research and educational programs at the University of Chicago.

In-depth profiles of each new faculty member will be posted in the coming months.

Nick Feamster joins UChicago this summer as the Neubauer Professor in the Department of Computer Science and the College, and faculty director of the Center for Data and Computing. He researches computer networking and networked systems, with a particular interest in Internet censorship, privacy, and the Internet of Things. His work on experimental networked systems and security aims to make networks easier to manage, more secure, and more available. Feamster earned his doctorate in computer science in 2005 from MIT, where he also did his undergraduate work. He is also an avid distance runner, having completed nearly 20 marathons, including Boston, New York, and Chicago, as well as the Comrades Marathon, an iconic ultra-marathon in South Africa.

Yuxin Chen, who starts at UChicago CS as assistant professor this fall, researches probabilistic reasoning and machine learning. His work examines decision making problems that arise in robotics, scientific discovery and human-centered systems, asking how users can intelligently acquire information for decision making when facing a large volume of data. To address this question, Chen develops interactive machine learning systems that involve active learning, sequential decision making, interpretable models and machine teaching. Previously, Chen was a postdoctoral scholar at the California Institute of Technology (Caltech) and received his Ph.D. in computer science from ETH Zurich in 2017.

Marshini Chetty joins UChicago in July as an assistant professor. Chetty’s research in human-computer interaction focuses on usable security and the Internet, studying how people use the Internet and building technologies that empower users by providing them with accurate, clear, and real-time information about — and control over — Internet privacy, security, performance, and costs. Her previous work with the Princeton Human-Computer Interaction Lab informed Internet policy and built systems to help elementary school-age children learn about online safety and privacy. Chetty earned a Ph.D. in Human-Centered Computing from the Georgia Institute of Technology, and a Masters and Bachelors in Computer Science from the University of Cape Town, South Africa.

Bill Fefferman joins UChicago in July as an assistant professor. His primary research interest is quantum computing, focused on developing tools that provide the foundation for building the next generation of useful quantum algorithms, with implications for cryptography, physics, and computational complexity theory. Fefferman received his doctorate in computer science at Caltech, held postdoctoral positions at the University of California at Berkeley and the University of Maryland, and most recently was an Assistant Research Professor at the University of Maryland and a research scientist at the National Institute of Standards and Technology (NIST).

Eric Jonas starts this summer as an assistant professor. His research interests include biological signal acquisition, inverse problems, machine learning, heliophysics, neuroscience, and other exciting ways of exploiting scalable computation to understand the world. In one notable project, he asked whether advanced neuroscience methods could make sense of the microchip behind early video games such as Donkey Kong (A: No). Previously, Jonas was a postdoctoral researcher in the new Berkeley Center for Computational Imaging and RISELab at UC Berkeley EECS, and he has a Ph.D. in neuroscience and a Masters of electrical engineering and computer science from the Massachusetts Institute of Technology.

Lorenzo Orecchia joins UChicago this fall as an assistant professor. His research focuses on the design of efficient algorithms for fundamental computational challenges in machine learning and combinatorial optimization. His approach is based on combining ideas from continuous and discrete optimization into a single framework for algorithm design. Orecchia was previously an assistant professor of computer science at Boston University and an Applied Math Instructor at MIT. He received his PhD from University of California, Berkeley in 2011.

Raul Castro Fernandez will join UChicago CS in November as an assistant professor. In his research, he builds systems for discovering, preparing, and processing data, using techniques from data management, statistics, and machine learning with the ultimate goal of understanding and exploiting the value of data. Previously, Raul was a postdoctoral researcher at MIT CSAIL, and he received his PhD from Imperial College London.

Kyle Chard was named a Research Assistant Professor in the Department of Computer Science this spring. His research focuses on applying computational and data-intensive approaches to solve scientific problems. As the co-lead of the Globus Labs research group, Chard has led projects on parallel programming in Python, scientific reproducibility, and elastic and cost-aware use of cloud infrastructure. He received his Ph.D. in Computer Science from Victoria University of Wellington, and has been a researcher with the University of Chicago and Argonne National Laboratory since 2011.