It’s a scenario many of us are familiar with: you sit down on the couch after a long day at work and turn on Netflix. A trailer for a show you’ve never heard of automatically starts playing on your home screen, and you notice it has the red ‘top 10’ sticker over it. You think to yourself, “I’ll give it one episode, and then I’ll go to bed.” But before you know it, the next episode is being queued to play, and you can’t stop it quick enough. Now that the opening scene has started, you decide one more episode won’t hurt. Suddenly bedtime is on the backburner, and tomorrow is looking like another long day.

How many of those choices did you actually make yourself? Is this a show you would have watched had it not been auto-previewing at the top of your screen? If you had a little more time to reach for the remote and hit stop, would you have chosen to turn the show off and go to bed?

A group of researchers from the Amyoli Internet Research Lab (AIR Lab) led by UChicago CS Assistant Professor Marshini Chetty conducted a qualitative user study to shed light on how often we let subscription video-on-demand services (SVOD) such as Netflix make choices for us. The interview-based study sought to answer questions about user’s motivations for watching, the relationship between Netflix’s platform design and a user’s sense of agency over time management, and a user’s sense of agency over content choice.

Netflix currently serves 75 million subscribers in the US and Canada, with over 221 million subscribers worldwide. This makes it the largest SVOD available to date. Brennan Schaffner, a third-year UChicago PhD student who led this work, found that despite the platform’s vast societal reach, there was not much research being done in this area prior to their study. 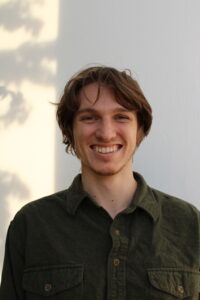 “It’s surprising because it’s one of the most used websites in the world, and it hasn’t really been explored,” Schaffner said. “I think some look at it as an innocent form of entertainment versus something like a news site, which might get more attention. But I think we are missing the point a little bit because it is important. What we see on TV actually does affect our societal conversations, culture, and a lot of our lives.”

Schaffner’s paper, which will be presented at the Computer Supported Cooperative Work and Social Computing conference (CSCW) in 2023, referred to “13 Reasons Why”, a show produced and promoted by Netflix, to highlight an example of harmful public health outcomes. The four-season hit series focused around the romanticized suicide of a teen plagued by high school drama. After the show was released, there was a significant increase in suicide rates of boys 10 to 17 years old in the United States.

The success of technology companies often hinges on their ability to keep users engaged, which can sometimes lead to the detriment of users’ well-being. Some ways in which Netflix does this is by auto-previewing content at the top of the home screen, listing a top ten catalog of most-watched shows, and pre-selecting engaging recommendations. The convenience of these features is enough to keep the majority of people from questioning intent, but this new research shows it’s worth considering that these are manipulation tactics akin to misleading interfaces or dark patterns found online.

“There are a lot of different taxonomies and definitions for dark patterns. We feel that some Netflix features fit those definitions.” Schaffner states. “It’s all about how the choice architecture is being manipulated. In the case of autoplay, the choice architecture is definitely being manipulated and your choice is being made for you. In some cases, like auto-preview, you don’t even have the choice. You just land on the platform and all of a sudden you’re seeing this stuff.” 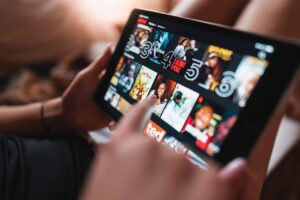 Instead, study participants preferred more human-to-human recommendations. The idea that friends and family were more in tune with participant’s interests made their recommendations more appealing. Plus it added a social component to the experience, allowing participants the ability to talk about a show as a form of bonding.

Netflix also employs tactics like the autoplay feature to keep us in front of the television longer. The next episode will automatically play after five seconds if it is not turned off, and to disable this feature you will have to hop on the computer and do so using your web browser. Many interview subjects did not realize this was even an option.

Some participants liked the convenience of autoplay, but some criticized how it discouraged time for reflection or mindful decision-making. One participant said, “It’s a little bit jarring because sometimes I want to sit there and process the movie. I feel very strongly that I do not want to have something auto-play that I haven’t chosen to watch. I really do feel like I have to race to turn it off.”

When asked about the participants’ motivations for watching, the majority watched for escapism-like mood management and they often watched alone. The feelings associated with deciding to watch were usually negative, such as boredom, exhaustion, or general unhappiness. This could potentially lead to more willingness for a lack of agency as well. Netflix uses features that make it easy to hand over control when we simply want to be entertained without thinking about it.

Schaffner and the rest of the researchers who conducted the study make recommendations for ways in which Netflix can give some of that decision-making power back to the user. For one, the toggle button for turning off autoplay and auto-preview should be more accessible. If those who are watching see that it is an option, the decision becomes less subconscious and more purposeful in nature. Second, Netflix could design the platform for more human-to-human capabilities when it comes to content recommendations. One suggestion would be to allow users to manually build and share watching queues with friends or family, similar to Spotify playlists.

Those who contributed to the paper are continuing their research about manipulative design choices, and Schaffner aims to keep shedding light on how we interact with SVOD content and design elements. “The mission statement of the lab is to make the internet more trustworthy and inclusive. So that’s what broadly unites our research group and fuels this research moving forward.”