James Turk, an experienced civic technologist who founded and led the Open States Project and worked with the Sunlight Foundation, PBS, and Civic Eagle, has joined the University of Chicago as an assistant clinical professor. 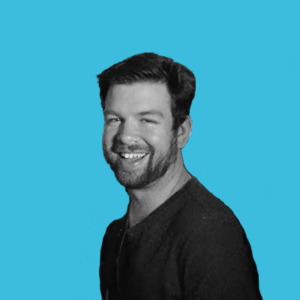 Turk will teach courses with the Masters Program in Computer Science (MPCS) and the Master of Science in Computational Analysis and Public Policy (MSCAPP), drawing upon his years of experience in open data projects on legislation, gerrymandering, voting, and other policy topics.

In his transition to teaching at UChicago, Turk hopes to help train a new generation of students interested in applying computer and data science skills in government and social impact roles.

“I think it’s really exciting to be at a time when all these organizations are realizing that there are these new tools out there and that they can use people that need these skills,” Turk said. “For people that are passionate about different topics, there are opportunities to take their computer science skills and apply them to those passions.”

Turk, who studied computer science with minors in political science and public policy as an undergraduate, created his own pathway to combine those interests. Inspired by a hackathon at the programming conference PyCon in the late 2000s, he started the Open States Project, which gathers legislation from all 50 U.S. states, Washington D.C., and Puerto Rico.

On Open States, legislation text is curated for search and machine readability, made accessible via APIs and downloads, and continually updated – a difficult technical task when the project started, and still complex today. Researchers, journalists, advocacy groups, and the public use OpenStates data to follow bills through the legislative process, study the influence of draft text written by interest groups, and track how representatives are voting.

From 2009 to 2016, the Open States Project was based at the Sunlight Foundation, where Turk served as Senior Developer, Project Lead, and eventually, Labs Director. The project – and Turk – eventually moved to Civic Eagle, where he served as Director of Public Data. Along the way, Open States received funding from the National Science Foundation and private foundations, and it fueled productive collaborations with universities, news organizations, and businesses built on the data.

“The project was 13 years of my own kind of continued education,” Turk said. “I learned a ton technically, just out of necessity, as it’s evolved a lot over the years and techniques have changed. I learned a lot about the funding realities trying to make a project maintainable. And I learned the value in having relationships with the people inside of government. When we started the project, we said, ‘we can just get all this information offline.’ But now I always advise people to at least try to have a conversation with the folks inside of the government before starting projects like this, because a lot of times they’re really helpful.”

This year, Turk will bring those lessons to the Python Programming course for MPCS in fall and his portion of the CAPP Intro to Computer Science sequence in the winter quarter. In each course, he plans to use real-world examples to help students learn the core principles of coding and working with data.

“I’m definitely hoping to be very hands-on in terms of trying to connect people with real data and having people work with topics that motivate them instead of just sample data,” Turk said. “I want to try to connect with students on what they care about.”

UChicago CS Alums Go On To Exciting Futures in Academia, Industry, and Startups