Lifting with Simple Gadgets and Applications for Cutting Planes

A recent line of work in complexity theory (“lifting theorems”) analyze lower bounds in communication complexity by reducing them to lower bounds in query complexity, which is usually a much easier task. These techniques have proven to be very powerful, resolving a number of open problems. Further, due to known connections between communication, circuit, and proof complexity, these tools have (so far) been extremely successful in resolving a number of open problems in all of these areas. In this work, we strongly generalize an existing lifting theorem that reduces *monotone span program* lower bounds — which is a circuit complexity measure — to *Nullstellensatz degree* lower bounds — which is a proof complexity measure. We apply our new lifting theorem to resolve several open problems in proof complexity and monotone circuit complexity, including: – an exponential separation between Cutting Planes proofs with *exponentially large coefficients* and Cutting Planes proofs with *polynomially bounded coefficients*, assuming the space is bounded – the first exponential-size separation between semantic Tree-Like Cutting planes with *exponentially large coefficients* and semantic Tree-Like Cutting Planes with *polynomially bounded coefficients”, and – the first exponential-size separation between *monotone boolean formulas* and *monotone real formulas*, where the latter is a circuit model introduced by Krajicek that has played a key role in proof complexity. This is joint work with Susanna de Rezende, Or Meir, Jakob Nordstrom, Toniann Pitassi, and Marc Vinyals. 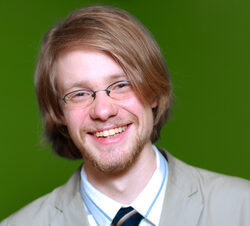 Postdoctoral Researcher, Rutgers University and the Institute for Advanced Study

I am a postdoctoral researcher jointly appointed between DIMACS at Rutgers University (January-August 2019) and the Institute for Advanced Study in Princeton (September 2019-August 2020). Prior to this, I was a research fellow in the Lower Bounds program at the Simons Institute for the Theory of Computing at UC Berkeley.

I received my PhD from the University of Toronto, where I was a member of the DCS Theory Group under the supervision of Toni Pitassi and Stephen Cook.

My primary area of research is computational complexity theory, with an emphasis in circuit complexity, proof complexity, communication complexity, and related topics. I also have a deep interest in the theory and practice of SAT solving and model checking.