The field of quantum computing moves so quickly that annual conferences won’t cut it. In the race to prove that these new technologies can perform tasks that would be impossible for classical computers, the state of research is in constant flux. Almost as quickly as entities such as Google, University of Science and Technology in China, and Xanadu made claims of “quantum supremacy” or “quantum advantage,” rebuttals appeared showing that certain aspects of these achievements could potentially be replicated or their results “spoofed” by traditional classical computers.

This tug of war was on full display at the NSF Workshop on Quantum Advantage and Next Steps, hosted by the University of Chicago in early August. Sponsored by the National Science Foundation, as well as the Chicago Quantum Exchange and the Stevanovich Center for Financial Mathematics, the three-day event brought together over 100 participants, including many internationally recognized experts from both the theoretical and experimental side of these quantum explorations. In the new David Rubenstein Forum on the UChicago campus, this community discussed new ideas that could make a stronger case for the benefits of quantum computing, including new practical applications that could drive acceptance of the nascent technology. 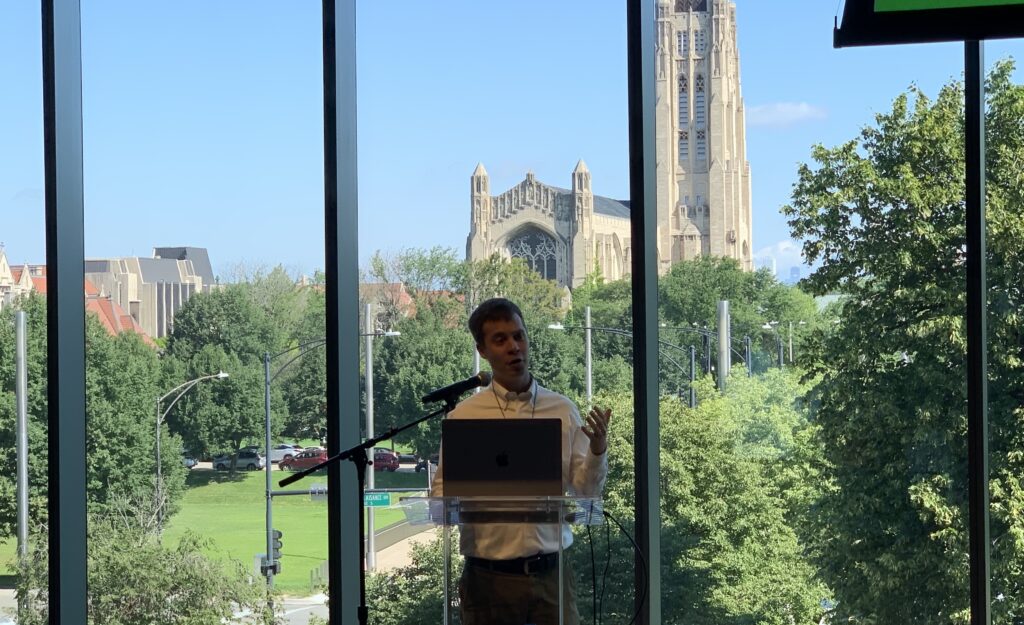 “From my perspective, achieving experimental quantum advantage is really one of the great scientific challenges of our time,” said Bill Fefferman, Assistant Professor of Computer Science at UChicago and Chair of the workshop program committee. “I think being able to hold this sort of international workshop on this topic is a huge honor for UChicago, and indicative of the effort that many different people have put into advancing quantum science here.”

Many of the talks centered around the multiple recent claims that quantum computers can execute a task called random circuit sampling exponentially faster than classical computers. The achievement, first announced by Google in 2019, was touted by the media as proof of quantum supremacy, but touched off a much more complex battle behind the scenes. Since then, computer scientists have poked holes in some of these claims by finding new algorithms that allow classical computers to quickly mimic certain aspects of these quantum experiments.

The workshop’s opening two talks, by Umesh Vazirani of University of California, Berkeley and Scott Aaronson of University of Texas, Austin and OpenAI, covered these developments and proposed promising next steps. Vazirani and Aaronson both urged attendees to look for new proofs of “quantumness” – a quantum task that is hard to solve classically, but with a solution that can be easily verified by a classical computer. Specifically, they outlined the quest for an experiment that satisfied three requirements: quantumness, being achievable by near-term quantum computers, and efficiently verifiable by a classical computer. These themes echoed through the workshop, Fefferman said.

“We’re now at the point where we have pretty good evidence that a number of these different near-term experiments should, in principle, be able to solve hard problems,” Fefferman said. “But these experiments are imperfect – they’re extremely noisy, and we can’t trust that they’re solving the problem that quantum physics predicts they’re solving. So what was discussed repeatedly was how we can classically check the output of the experiment without placing too much trust in the experimental implementation. That’s a really difficult task that is extremely important.”

Many other talks and discussions at the workshop focused on finding quantum advantage in a practically useful application. Random circuit sampling, while a useful benchmark, is a task without obvious real-world utility. To address this need, scientists at the workshop discussed new ways of using quantum computers, including generating certified random numbers and solving intractable problems in chemistry. 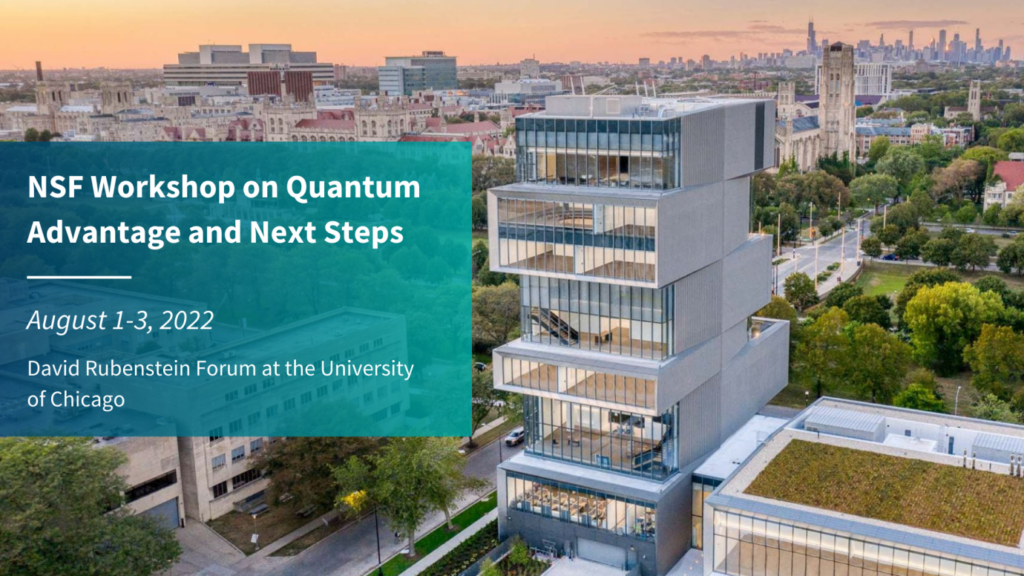 Even when the pursuit of quantum advantage fell short, it still generated scientific benefits. A presentation by Changhun Oh, a postdoctoral associate at the Pritzker School of Molecular Engineering featured joint work with Fefferman and Professor Liang Jiang on a potential near-term quantum application called the molecular vibronic spectrum problem. But instead of finding a new quantum solution, the work invented a new classical algorithm that solved the problem just as well.

“It’s a bit ironic, because our work does not utilize the quantum experiment, which is what we were originally hoping for,” Fefferman said. “Instead, it gives a genuinely new way of solving a quantum chemistry problem that we wouldn’t have thought about if we had not studied these near-term quantum experiments.”

That paper, submitted to arXiv only six months ago, was one of many fresh findings presented at the workshop. The immediacy of the research, as well as the unique mix of theorist and experimentalist speakers, made this NSF workshop a truly special event, Fefferman said.

“The whole point of this workshop, from my perspective, was to talk about the research frontier,” Fefferman said. “We’re a young field with a lot of fast developments, and I think that’s why these gatherings are so important. A lot of this work offered new insights for everyone involved, which will have the potential to keep driving the field forward in exciting directions.”