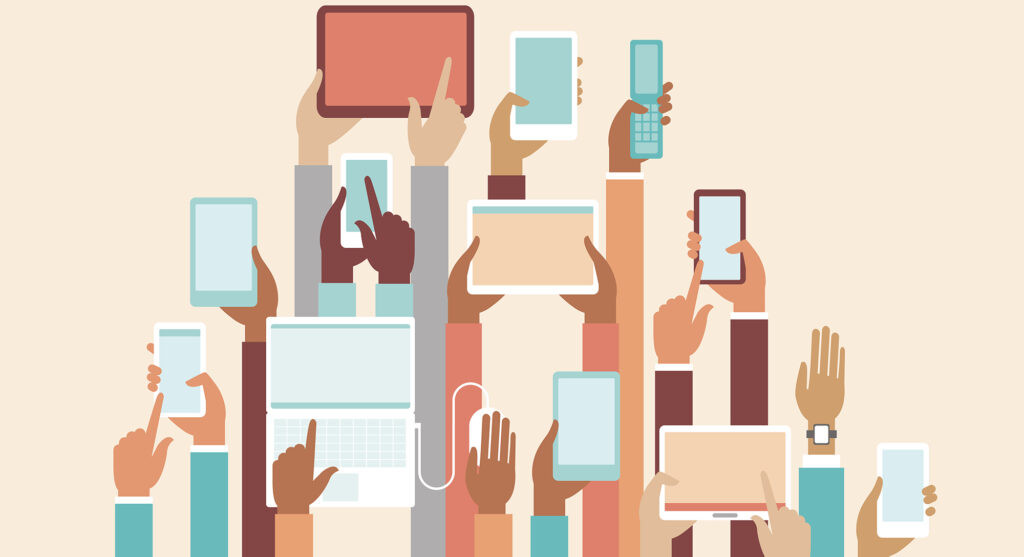 Over the past few decades, internet access has transitioned from a luxury to an essential service—and when the COVID-19 pandemic shuttered American schools and offices in March 2020, the ability to connect became that much more critical. In Chicago alone, more than 100,000 children lacked the high-speed internet access needed to attend virtual classes. Inequity in people’s ability to access and afford the internet, as well as use it safely and productively, creates a digital divide. To narrow the gap, researchers must first truly and deeply understand it.

During the pandemic Nicole Marwell, AM’94, PhD’00, associate professor in the Crown Family School of Social Work, Policy, and Practice, became increasingly concerned about the plight of Chicagoans without web access, particularly students. “Kids in this country have a right to a public education,” she says. “If they can’t get it because they don’t have an internet connection, we are violating one of their most basic rights.” Marwell’s expertise is in urban governance—“how things get done in cities and why”—and she felt compelled to address digital inequity. But she was unfamiliar with the technical aspects of the problem.

For Nick Feamster, the reverse was true. Over the past two decades, the Neubauer Professor of Computer Science and director of research for UChicago’s Data Science Institute has focused almost exclusively on measuring computer network performance. When he joined UChicago in July 2019, Feamster was at an inflection point in his career, he says, wanting to apply his skills toward a broader social impact. Translating data science into social change requires understanding how governments, nonprofits, philanthropists, and businesses intersect with one another, and how they affect and are affected by internet inequity. When Marwell and Feamster met, they immediately recognized that each held a piece of the puzzle. “We realized,” says Feamster, “that this is a problem that couldn’t be solved with either one of us in isolation.”

In the summer of 2020, Marwell and Feamster began working together on the Internet Equity Initiative, which brings together experts and scholars in computer science, social science, data science, and public policy. The project, which has now become one of the Data Science Institute’s flagship research initiatives, uses existing data to explore the digital divide and develops new ways of measuring internet activity to help answer the questions yet to be asked.

Analyzing data gathered from 20 cities around the country—consolidated in a freely accessible data portal hosted by the initiative—the team began to dig deeper into internet inequity, with a particular interest in Chicago. Researchers determined that about 80 percent of households in the city are connected to the internet. But when they looked at Chicago’s 77 communities separately, they found notable disparities.

Read more at the University of Chicago Magazine website.