The William Rainey Harper Dissertation Fellowship is the highest honor awarded to UChicago graduate students, given each year to recognize the significant achievement and professional promise of chosen PhD candidates.

This year, two of the nine students chosen from the UChicago Physical Sciences Division for the Harper fellowship come from UChicago CS. Emily Wenger, advised by Professors Ben Zhao and Heather Zheng, and Xu Zhang, advised by Assistant Professor Junchen Jiang, will each receive a stipend to support the completion of their doctoral degree in the 2022-23 academic year.

Both Wenger and Zhang’s research reflect the multifaceted expertise of the Department of Computer Science, combining methods from machine learning, privacy and security, networks, systems, and human-computer interaction into innovative new discoveries and applications.

Agency in an AI-Driven Society 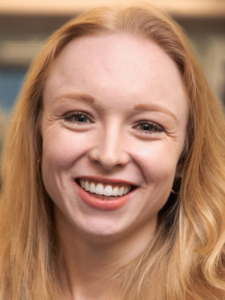 Whether we realize it or not, artificial intelligence touches upon more and more of our online and offline lives. As part of SAND Lab, Emily Wenger builds tools that give people more control over how their data is used by ever more pervasive neural network models that threaten civil liberties and privacy.

Her work on Fawkes, an algorithm and software tool that “cloaks” people’s images from being used in facial recognition models, received international media attention. More recently, she has published a paper exploring the threat of speech synthesis models that can clone an individual’s voice. Wenger’s research led to an invite to co-curate a museum exhibit for the Detroit Science Gallery on surveillance and privacy, where she learned about artistic perspectives on the topic.

“The question of how data and the world interact has always been of interest to me,” Wenger said. “I enjoy asking questions about certain uses and misuses of machine learning systems and seeing if there are ways that we can give people more agency over how those systems are used, and in particular, how their data is being used in those systems.”

Despite the complications of the pandemic, Wenger described her time at UChicago CS as “welcoming and supportive,” preparing her for a future career in research.

“It’s just provided a welcoming open space, full of great natural light and all the tools that I need to do my job,” Wenger said. “I’ve really appreciated the support that I’ve received through fellowships and through the personnel. It’s been a really positive experience.” 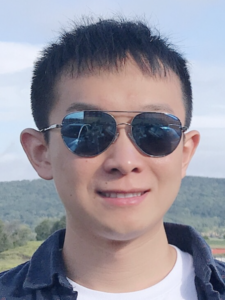 When computer scientists talk about optimizing an application, they’re usually aiming for technical targets: faster performance, more efficient use of resources, or fewer errors. With his advisor Jiang, Xu Zhang has worked on adding a human factor to those metrics, bringing the quality of user experience into improving internet applications such as video streaming.

This concept of perception-driven optimization collects data from the users of applications and learns from their experience to determine how the application delegates resources. For example, a video streaming codec may sacrifice video quality to avoid buffering interruptions during a sports broadcast, based on feedback that viewers would prefer an unbroken feed to missing key moments.

“Systems-centric optimizations are not necessarily aligned with improvements in user perception,” Zhang said. “Users might perceive the same system metric in different ways. So we have to profile how users feel about these different metrics, and then optimize the space of metrics that this user is most sensitive to.”

The work led Zhang to collaborate with additional UChicago CS faculty, such as assistant professor Marshini Chetty, as his research spread beyond traditional networking topics.

“The biggest help I got from the department is that we have a lot of faculty from different areas,” Zhang said. “This kind of research combines knowledge about networks as well as human-computer interaction, to study how the users perceive those system metrics. This was pretty new to me, and if I had any questions, I could very quickly find the right faculty to ask, to help improve my projects.”